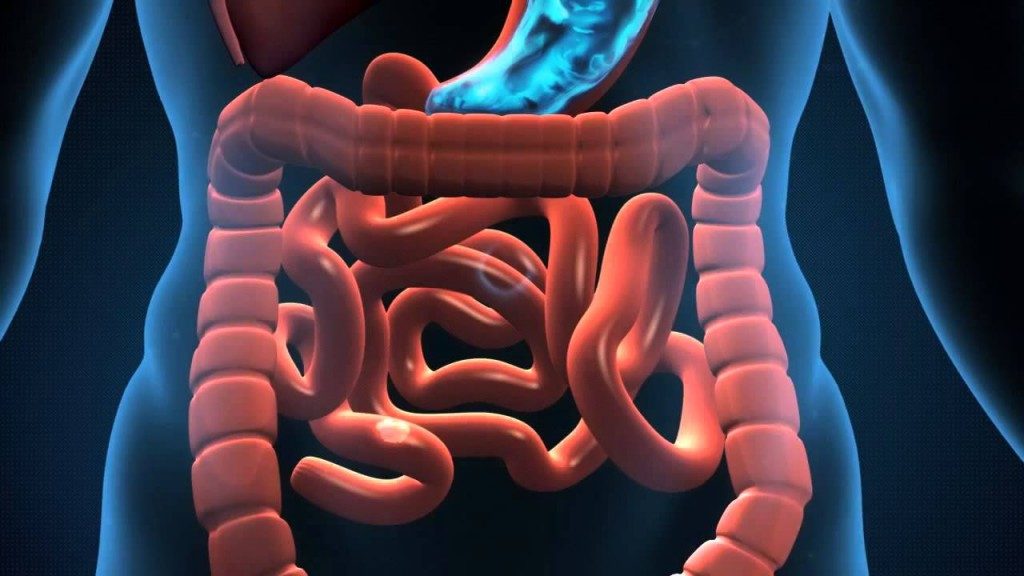 rohn’s Disease often causes abdominal pain and diarrhea. Diarrhea can accompanied by bleeding in the inflammation is in the colon or rectum. If the narrowing of the small intestine creates an obstruction, the waste (faeces) cannot pass easily.

This can cause constipation or, if the small intestine is filled from the point of obstruction and over with liquids and gases, nausea and vomiting. Patients with active Crohn’s Disease often experience fatigue and lethargy and may develop fever.

Anemia (reduced number of red blood cells) can occur due to blood loss, poor diet or poor absorption of vitamins and may contribute to fatigue. Sometimes anemia, like fever, simply indicates the presence of inflammation in the intestine, which will improve as soos as Crohn’s calms down.
In older women the disease has aa predominantly orthodontic location.

In children, a striking feature is the inhibition of sexual development to a significant extent. In particular delayed onset of period and delayed physical development.

The most common part of affection is the final ileum (the lower part of the small intestine), but Crohn’s can also affect the colon, or the small and large intestine. It is possible for more than one sections to be affected at the same time.

In this autoimmune disease the wall of one or more parts of the digestive system develop swelling and thickening due to chronic inflammation.

Thickening of the digestive tract wall can lead to an internal narrowing of the affected area.

The area of the anus can also be affected by:

A small proportion of patients with Crohn’s disease exhibit extrinsic manifestations such as inflammation of the inner part of the eye, known as uveitis, chololithiasis and vertebral arthropathy (arthritis and enthesitis). Other manifestations of the disease may be observed on the skin (erythema nodosa and gangrene pyoderma), blood and endocrine system. Finally Crohn’s Disease may cause increased risk of blood clotting and pulmonary embolism, hemolytic anemia, osteoporosis or bone thinning,granulomatosa and other forms of oral granulomatosis.

The exact cause of the onset of the disease remains unknown with the majority of studies documenting Crohn’s disease as a multifactorial condition which causes the immune system to malfunction.

Intestinal inflammation begins in the mucosa by the accumulation of inflammatory cells, the formation of ulcers and the development of reactive (granulomatous) tissue.

From the mucosa the inflammation spreads throughout the intestinal wall, resulting in wall thickening, fibrosis and tightening.

Factors that contribute to the incidence of Crohn’s Disease

Heredity, that is, genetic predisposition, various environmental and microbial factors are associated with the onset of the disease. Studies have shown that Crohn’s disease appears to develop as a result of the immune system reaction to pathogenic microorganisms in genetically susceptible recipients.

Quality of life of patients with Crohn’s disease

Disease adversely affects social activity to varying degrees in more than half of patients, with one in five describing the problem as severe. Six out of ten patients feel sad or frustrated by their illness, with the problems being more severe in patients who have been diagnosed relatively recently.

Similarly, more than six in ten patients (65%) report feeling stressful (stress) as a result of the disease.

Almost out of four patients may even feel angry over the problems of the disease, with women and young people expressing it more strongly.

Four out of ten patients face significant difficulties fulfilling their professional obligations due to the disease.

More than one in two patients is forced to be absent from one to more than 20 days per year from work, either because of problems with the disease or because of the time needed to monitor and treat it.

One out of three patients has not disclosed the disease to anyone in their work environment (employers and coworkers), as he considers it personal or fears it will affect his professional life.

Three out of ten patients reported not having the desired support from their work environment (employers and colleagues) when their health problem is known.

Also, three out of ten patients report that they do not have the appropriate facilities from their employers to cope with the problems that result from their illness.

History and epidemiology of Crohn’s Disease

Crohn’s Disease was first described in 1913 by the Scottish surgeon, Dalziel.

However, it was named so in honor of New York doctor Burrill Crohn, who in 1932 presented with his colleagues a series of patients with this condition.

More than five million people worldwide live with Crohn’s Disease.Crohn’s Disease is more common in Europeans with incidence rates ranging from 5 to 12 per 100,000.

It is a more common condition in northern European countries as well as in the United States of America compared to Central and Southern Europe and the Middle East (with the exception of Israel), while it is rare in Asian and African countries.

The disease affects a larger proportion of residents of large urban centers than residents of rural areas and this has been found to be largely the case in Greece.

Most studies show that Crohn’s Disease has a higher incidence rate in women than men( ratio of men to women 1: 1.16) however, data on Greece show a lower male dominance.

Recent international research has shown that there are more and more cases of Crohn’s, especially among adolescents and children.
It usually affects young adults 10-40 years of age and 60% are under 35 years of age it occurs more frequently in smokers than in non-smokers.

Most people start treatment with medicines containing masalamine. Sulfasalazine is the most common of these drugs.Some patients take corticosteroids to control inflammation. These drugs are the most effective for active Crohn’s Disease.

Other drugs used for Crohn’s Disease are those that suppress the immune system (azathioprine, 6-mercaptopurine). However, these drugs can cause side effects, such as nausea, vomiting and diarrhea and may reduce the body’s resistance to infection.

Antibiotics are used to treat bacterial overgrowth in the small intestine caused by narrowing, syringes or previous surgery.

The treatments that are used to fight Crohn’s Disease are mainly focused on reducing the symptoms of the disease and at the same time causing stressful cellular conditions manifested by a number of undesirable side effects such as nausea, increase in liver enzymes, myelosuppression (reduction of white blood cells, pancytopenia), greater susceptibility to infection, dryness of the skin and mucous membranes, hair loss, elevated serum triglycerides, renal damage,hypertension, gingival hyperplasia while these drugs are also known to cause teratogenicity if taken by pregnant women.

Infliximab, a modern biological therapy is a chimeric human-mouse antibody that binds selectively to the soluble and transmebrane types of tumor neurosis factor alpha (TNFa).

TNFa is a protein produced by the immune system that can cause inflammation associated with Crohn’s Disease. The use of biological agents also aims to reduce the symptoms of the disease but there are reports that link them to the emergence of new bacterial infections, the resuscitation of chronic infections (tuberculosis, HBV infection, HCV infection), and neoplastic diseases (skin cancer, lymphomas).

The unsuccessful treatment of Crohn’s disease as well as the side effects of the chemical pharmaceuticals used by conventional medicine has led many researchers and scientists to develop alternative therapies, which have positive effects in the treatment of the disease.

An integrated way of treating Crohn’s disease is applied in Functional Medicine, where, with the help of specialized examinations, the imbalances in the body which synergistically lead to the disruption of the immune system and eventually to the onset of the disease are understood.

In this way it is possible to apply a therapeutic regimen based on phytochemicals (essentially chemicals-dyes and other-naturally occurring in plants) without causing stressful cellular states and in combination with the appropriate nutritional plan restore disturbed homeostasis at the cellular and hormonal level thereby aiming not only at reducing symptoms but also at eliminating the etiology of the disease.