Autism is a serious neuro-psychological developmental disorder of child’s immature brain. It is extremely complex, determined according to the behavior, and it is characterized by deficient communication and sociability. Stereotypic repeated movements, positions, postures, and words are also observed. Autism is not a disease. It is a Syndrome, with multiple non genetic and genetic causes, which is usually present from childbirth, but not evident before the age of three.

Autism was described for the first time in 1943 by Kanner. This is why it is also referred to as Kanner Syndrome, a subcategory placed at one end of the spectrum. This subcategory is called Autism Spectrum Disorders (A.S.D.). In its other end, Symptoms of Higher Functioning are included, such as Asperger Syndrome, while in the middle other types of autism are included.

Pervasive Developmental Disorders (P.D.D.) are a wider group of disorders. Autism Spectrum Disorders (A.S.D.) constitute one of its subcategories. 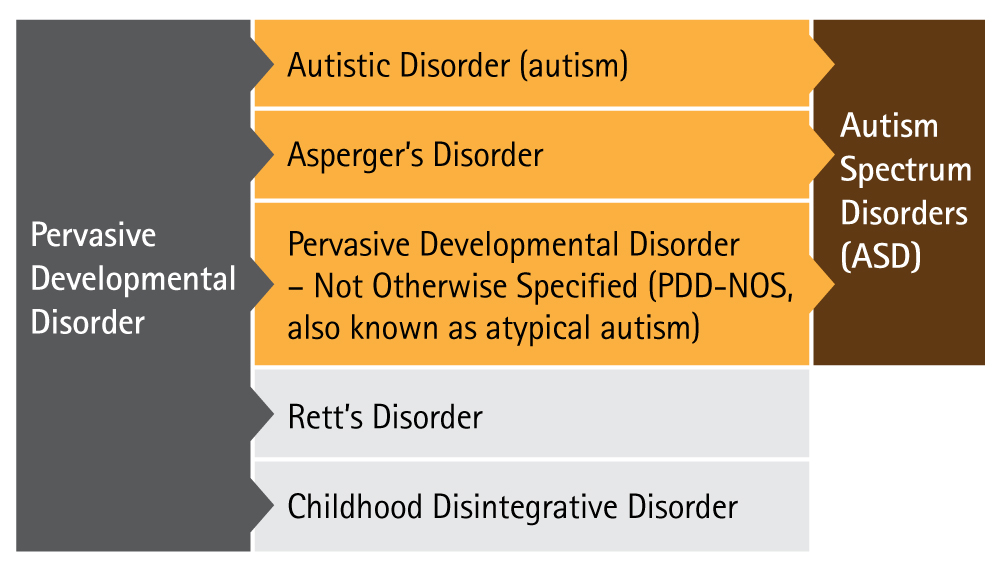 Now, when we refer to autism, we actually refer to Autism Spectrum Disorders – ASD. These are characterized by disturbances in three behavioral aspects: social interaction, language and communication, as well as imaginative play and the range of interests and activities.

During the past twenty years, a significant increase of individuals diagnosed with Autism Spectrum Disorders has been observed. This is probably due to increased awareness and the change of diagnostic criteria, as well as to the multiple environmental effects.

The term Syndrome in Medicine is used to describe conditions with unknown causes that are also multifactorial. This is why syndromes are never cured and all treatments are supportive. They mainly help in improving patients’ living conditions.

They all together try to treat something with unknown cause. Chaos and great concern for the parents, who rely on the experts for the management of Autism.

However, what we definitely know is that Autism Spectrum Disorders – ASD are due to genetic (gene) hereditary and acquired factors.

One of its main characteristics is the different response of patients to all types of stimuli, either external or internal from the body itself.

Responses to these stimuli are generally biochemically guided and controlled by hormones. They are directly dependent on environmental effects and our response to it (oxidative stress), as well as diet.

Treatment through a simple biochemical means gets closer to the causal treatment of Autism Spectrum Disorders – ASD.

Based on this self-evident approach of the Functional Medicine system, the child or adult with Autism Spectrum Disorder – ASD is treated aiming at restoring or strengthening biochemical and hormonal balance, depending on the aberration that will be identified.

With the gradual increase of energy production at the cellular level, i.e. increasing response to stimuli, we strengthen all metabolic pathways and mechanisms, as well as the production of hormones, so that the individual can be at its optimal physical state and respond maximally to external stimuli.

In addition, an exam for the main gene polymorphisms is also performed.

Treatment may also include Molecular nutrition. The duration of treatment, aiming at improving responses at the social, language and communication levels, is from six to twelve months.