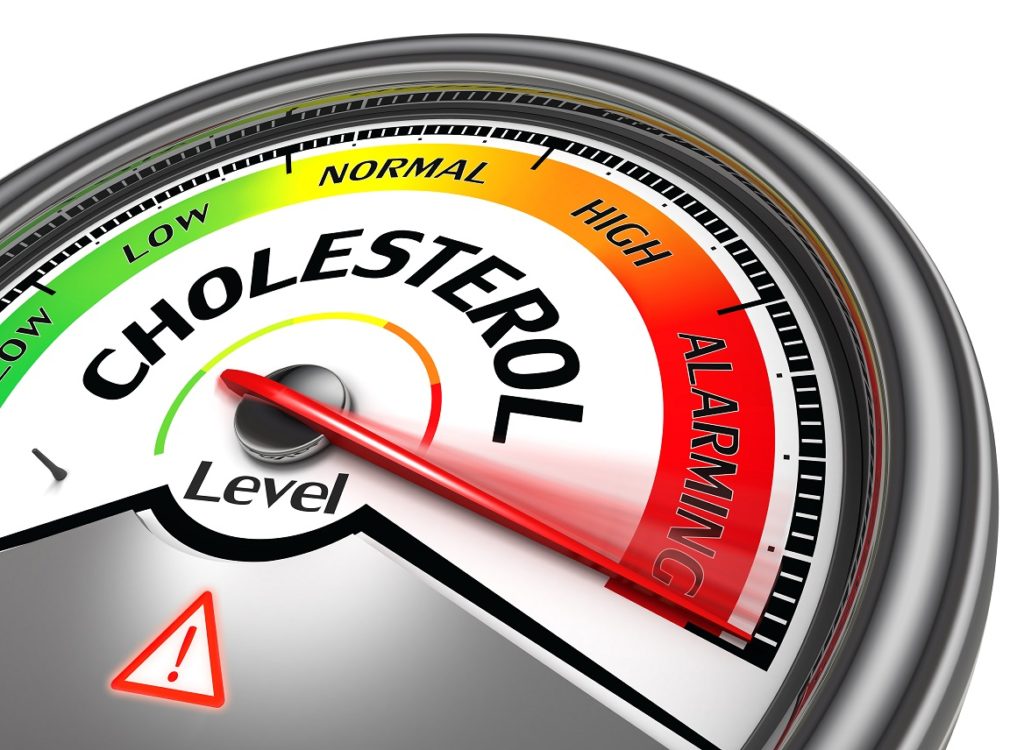 Everyone will have heard that Cholesterol kills.

Everyone will have also heard that they spray us on a daily basis. All these airplanes leaving white lines behind them, spray us to control us.

The sub-product of burning mixed with alcohol that is then converted to ice, due to the low temperatures, high up in the sky where airplanes fly, inspires our imagination, creating the modern myth of control through spraying.

Our body produces on its own 85% of Cholesterol used by our organism. Our organism needs about 1,000 mg of Cholesterol per day to be able to function normally; but still most people want to “kill” it.

The guideline of the American Heart Association and the American Dietary Guidelines Advisory Committee in 2015 is also clear.

Now they dissociate the risk factor related to Cholesterol consumption from foods, as well as the use of pharmaceutical treatment, from cholesterol levels.

Fifty years of fierce hunting collapse in the light of the new directives.

Millions of people changed their everyday lives and lifestyle, had to use chemical substances, were psychologically and financially burdened.

Cholesterol and its actions

Cholesterol is the structural element for the construction of all Steroid Hormones, such as progesterone, all androgens, testosterone, and estrogens, among others, as well as Vitamin D (Vit. D), which control almost all bodily functions.

Cholesterol limits the damage caused by “free radicals”, it helps in cellular repair, links lipid molecules, it is the main component of our brain, it constitutes 20% of myelin, which covers every nerve cell (neuron), it ensures communication between neurons and memory, and it also strengthens our immune system.

No Life would exist on the Earth without Cholesterol.

The “medical” myth about Cholesterol and how they control us

It was only in recent years that the Medical community, under the weight of new data and studies, starts understanding and adopting new approaches for the management of “bad cholesterol”. Usual guidelines include special diets, strange diets for Cholesterol, pharmaceutical formulations, statins mainly, exercise, and many other recommendations to eliminate cholesterol; however, it has been proven now that they are rather bad, while they never managed the cause of increased production from the Liver.

Through these methods, patients continue receiving drugs and being under control, through an industry that continues producing disease.

Part of the Medical Revolution, as many people want to say, is the change that should come following scientific documentation. Our body produces the sterol Cholesterol to heal Inflammations, lesions that are naturally occurring over our life. Our body should produce on its own the required quantity, so that to take care of our good help.

Any treatment should focus on those mechanisms that take care of this relationship: “I produce as much Cholesterol as I need”. 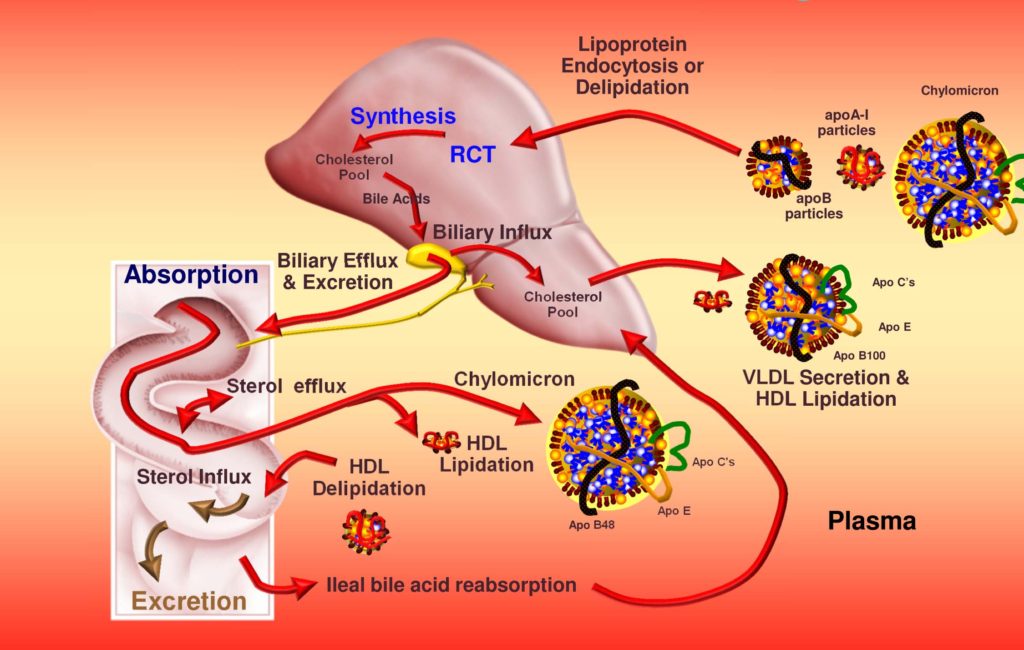 When hormonal production is reduced, as time goes by, and enzymatic reactions decline, then our body tries to produce more Cholesterol to balance it. In our cells, there are various defense mechanisms.

An exceptional defense mechanism is that called Inflammation.

Nevertheless, the damaged arterial cells should be restored and replaced with new, healthy cells. Thus, Cholesterol, without which no cell can be formed, helps in the replacement of those damaged cells and in the restoration of the damages.

Cholesterol and Nutrition, what should we eat?

Oxidation is one of the most important causes that leads to the development of Chronic Inflammation; it is created by the free radicals, which are derived from the oxygen, and in their attempt to connect to free electrons, they damage significantly the DNA.

An equally important factor for the development of Chronic Inflammations is the increased intake of sugars. The damage they cause is even greater than that caused by fats. An important link between Diabetes Mellitus, Obesity, and Heart disease.

The increased intake of sugars activates insulin, which “turns the switch” for increased Cholesterol production (through the enzyme HMG-CoA reductase).

Sugars and processed carbohydrates bind to proteins, forming the harmful molecules known as AGES, a process that causes diseases, which is known as Glycosylation. Through the same process, LDLs (Low density lipoproteins) are also oxidized, causing additional damage to the arteries.

LDL (Low density lipoproteins) are lipoproteins, which transfer Cholesterol from the liver to the peripheral tissues and cells, when they need it. As know to the general public, this is the so-called “bad” Cholesterol. The one that circulates in the blood and can form “plaques”, making the arteries narrow and less flexible (atherosclerosis).

But not all LDLs are the same. For example LDL -A is a chubby molecule that causes no harm, provided it is no oxidized.

On the other hand, LDL -B is a small, hard and dense molecule, which promotes atherosclerosis.

Lipoprotein Α or Lp(a), to the contrary, is a material made from DL together with apoprotein-α, and it is the most important, as it is thrombogenic.

It circulates in our arteries, cleaning them and restoring any damages. The more it restores them, though, the more it builds up “plaques” and it promotes the formation of clots.

Stress is an equally significant factor of Chronic Inflammation, which is an insidious enemy, as well as the main cause of heart diseases and hypertension, together with smoking.

The intake of fats is among the least important factors. Here we should distinguish those types of fats that create the inflammation process.

These are the increased analogy of Omega-6/Omega- 3 fatty acids and trans fats (special category of fats, derived from oils when they become solid in fats through the addition of hydrogen atoms).

Triglycerides (TGs), i.e. the increased levels of the above mentioned fat, have been linked to heart diseases and diabetes; they are also transferred through lipoproteins to the cells.

VLDL (Very Low Density Lipoproteins) are lipoproteins, which carry the triglycerides (TGs) once formed in the adipose tissue.

Chylomicrons are the largest lipoproteins. They carry fat and Cholesterol from the intestine (which receives cholesterol and fat from foods) to the liver. Furthermore, to the muscles and the adipose tissue. Then, the liver deconstructs them and resends them to the peripheral blood.

Thus, the centre of all heart diseases is Chronic Inflammation and its causes. The most important one is the excess intake of sugars.

In addition, Hormonal Imbalance, either congenital or that generated over time.

HDL (High density lipoproteins) are lipoproteins that transfer Cholesterol from peripheral tissues, including the arteries, to the liver.

However, the study 2011 AIM-HIGH, conducted by the National Institute of Health of America, showed that desirably high levels do not protect from heart diseases.

Similarly to LDLs, not all HDLs are the same. HDL-2 are large and rather protective, while HDL-3 are small, dense and may be inflammatory.

Thus there is no such thing as “good” and “bad” Cholesterol.

Cholesterol is one thing, and it has its “carriers”, i.e. Lipoproteins (fat and proteins). Simply because Cholesterol is insoluble to water, it uses the “submarines”, Lipoproteins, to be transferred to the cells.

How can I lower Cholesterol without drugs?

No strict diets, which deprive our organism from valuable nutrients and are a trouble for patients.

The organism should not be burdened with chemical and toxic compounds, so that to avoid any risks or side effects and adverse events. Among these, hepatic toxicity, energy loss and physical decline, muscle rhabdomyolysis, depression and many others are included.

No changes should be present in terms of cellular balance and hormonal functions. To the contrary, the ideal cellular state should be regulated, according to the causes (targeted therapy).

At the same time, all the organism’s individual imbalances should be identified and treated as a whole. These are the actual risks for heart attacks, hypertension, strokes, cardiac diseases and Metabolic Syndrome.

Following biochemical, hormonal, or specialized metabolic exams, dysfunctions as well as any deficiencies present are identified. Most of these exams are affordable and the results are ready within two to three days. The combination of treatment regimens to regulate Cholesterol at the ideal levels may include:

Everything is determined in accordance to the laboratory findings, the detailed personal medical history, the lesions and the presence of additional chronic or other diseases.

Patients should not change their everyday life. To the contrary, they see their health improving gradually, together with their overall physical state.

These therapies are systematically used in clinical practice since 1997, and the country of departure was the United States of America. They are not contradictory to any other concurrent pharmaceutical or homeopathic treatment.

The appropriate treatment is that which ultimately provides the best possible benefit, according to the clinical outcomes and the relevant exam markers.