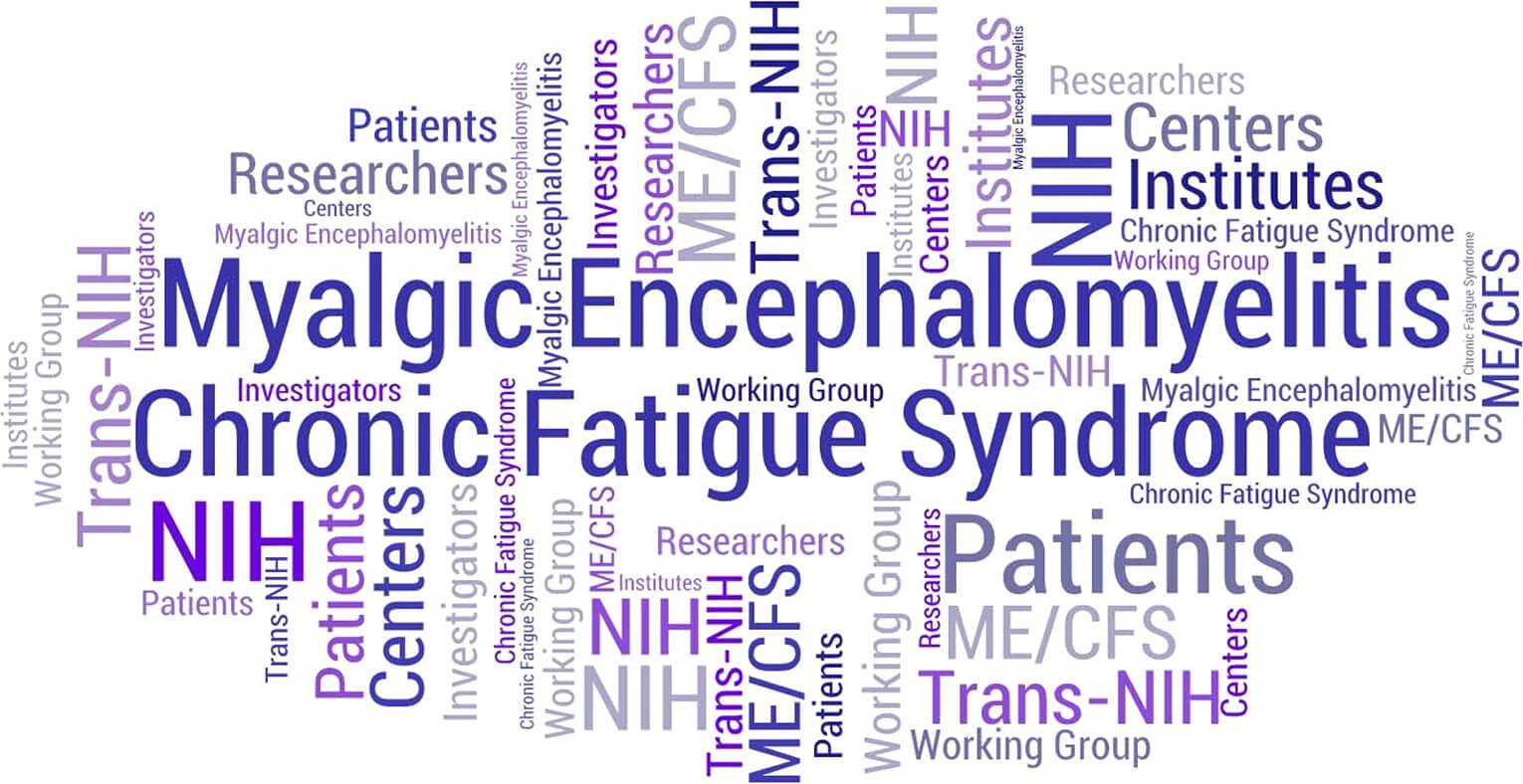 Chronic Fatigue Syndrome (CFS) – What is it

Chronic Fatigue Syndrome (CFS) is an extremely complicated disorder, characterized by excess and chronic fatigue (severe tiredness – burnout), which cannot be explained by another pathological condition of the patient.

The usual exams of the patient are normal.

The feeling of intense fatigue is not getting better with sleep and resting. To the contrary, it gets constantly worst as time goes by.

The combination of this Chronic Fatigue with many other symptoms that are discussed below limit patients capabilities in their daily responsibilities and activities.

The quality of life of people with Chronic Fatigue Syndrome (CFS) is profoundly disrupted.

Chronic Fatigue Syndrome (CFS) has gone into many stages, up until it was defined and internationally recognized as an extremely severe and dangerous condition for human health, as well as another Chronic Disease leading to deficiency – inability to serve oneself. From derision up to disputes and conflicts.

Since 2015, both the NHS (National Health System) of Great Britain and all University Institutes of the U.S.A. recognize it and name it Chronic Fatigue Syndrome (CFS).

Other names that have also been used and are currently used include:

This term was proposed in 2015, through a work completed by the US Institute of Medicine, which underlines that Chronic Fatigue Syndrome (CFS) is a condition affecting all systems of the organism. This is why we use the term Systemic Disease, to highlight that it is a really important condition for the sufferers.

Adrenal fatigue was initially described in medical texts in 1800 and the first treatment was provided in 1930. Nevertheless, for many decades it was unknown in conventional medicine. It was defined as a “Syndrome” because it is a set of signs and symptoms, resulting when adrenal glands’ functioning is not at its optimal level.

Chronic Fatigue Syndrome (CFS), which has been recognized by Functional Medicine for many years now, had other names during the previous century, such as:

Chronic Fatigue Syndrome (CFS) – Who may be affected

Statistics for Chronic Fatigue Syndrome (CFS) are still incomplete, as it was not until recently that it was officially recognized internationally.

Figures indicate more that 30% of the population.

More than one million Americans and more than 250,000 individuals in Great Britain have a diagnosis.

However, USA, Europe, Great Britain, and Japan agree that the number of sufferers is much greater.

An individual that has this Syndrome may think that s/he lives normally, but its adrenal glands may experience fatigue.

There may be no apparent signs of physical disease, but the individual may be living with an overall sense of unwellness (not feeling well), tiredness, fatigue and an overall depressive mood.

Similarly to all Syndromes, there are multiple, complex and interrelated causes involved in Chronic Fatigue Syndrome (CFS).

Many theories have been proposed, including:

All the above mentioned symptoms, all possible “switches” triggering the onset of the Syndrome, are stressors for the organism.

They are identified by our body as what we call stress. All such factors are affecting the Adrenal glands, which are characterized as “stress glands”.

These glands, despite their small size, function in such a way that great powers are motivated, influencing all parts of the body, as it was the case of Napoleon, who despite the fact he was petit, he made his presence evident throughout the world.

This occurs during or after Acute or Chronic Infections of the respiratory system mainly, such as influenza, bronchitis or pneumonia, Infectious Mononucleosis (Epstein-Barr Virus – EBV).

Adrenal glands, in an attempt to balance each stress situation of our organism, are overactive initially. This keeps us in really good state at the beginning of the stressful situation. Adrenaline, cortisol, and catecholamines are released within our blood like a torrent, in order to support the functions of all our systems’ organs.

However, soon after that Fatigue of our Adrenal glands is evident, Chronic Fatigue Syndrome (CFS).

What happens in the Chronic Fatigue Syndrome (CFS)

Adrenal glands fatigue may completely destroy the life of patients.

In more severe cases, adrenal glands’ activity is so diminished that they cannot stay out of bed more than a few hours per day.

Each “increase” of Adrenal glands’ Functioning reduction, each organ and system of our body may be severely affected.

Changes that may appear to people due to Chronic Fatigue Syndrome (CFS) relate to:

Many changes may occur at both the Biochemical and Cellular level to manage and balance the reduction of Adrenal Hormones, which is evident during Adrenal Fatigue.

The body does its best to replenish subfunctional Adrenal glands, but during this process it gives rise to other problems.

Adrenal glands are end up in fatigue when they cannot respond adequately to stress requirements.

Adrenal glands motivate the organism’s responses in each type of stress (physical, emotional or psychological) through the hormones.

Either in case of emotional crisis, such as the death of a beloved person, or a physical crisis, or significant surgical operation, or any other of severe, repeated or continuous pressure on our life, adrenal glands should respond to the various types of stress, and maintain the organism’s Homeostasis.

And in case these stimuli are Cumulative, and adrenal glands’ response is Insufficient, it is very likely to manifest some Fatigue.

During adrenal gland functioning, to maintain optimal Homeostasis since the production of regulating hormones has been reduced, they initially respond by being overactive, as already mentioned above.

Who is at Risk of developing Chronic Fatigue Syndrome (CFS);

Each and every one of us may experience adrenal glands fatigue and Chronic Fatigue Syndrome at some point in our lives.

An illness, a financial crisis or a constant difficult situation may empty adrenal glands’ resources, even in very healthy individuals.

Nevertheless, there are certain factors that may make us more vulnerable to Chronic Fatigue Syndrome (CFS).

These include: specific lifestyle (poor diet, substance abuse, too little sleep and rest, or too much pressure), a Chronic Disease, Recurrent of Chronic Infections, such as bronchitis or pneumonia, adrenal fatigue during Pregnancy.

The requirements for all processes taking place in each Chronic and Autoimmune Disease, from Arthritis to Cancer, are performed by our adrenal glands.

Therefore, it is possible that if we suffer from a Chronic or Autoimmune Disease and we feel tired in the morning, which is one of the symptoms, our adrenal glands may be tired to some extent.

Moreover, each time a medical Treatment Regimen includes the use of Corticosteroids, it is possible to lead to reduced adrenal glands’ functioning.

All chemical corticosteroids have been designed to mimic the action of adrenal glands’ hormones, such as cortisol. Thus, the need for these occurs mainly when the adrenal glands do not provide the required amounts of cortisol.

Millions of people worldwide experience Chronic Fatigue Syndrome (C.F.S.). Especially nowadays, due to the increased number of stress factors to which we expose our body.

The “Invisible Disease”, as Chronic Fatigue Syndrome (C.F.S.) is often characterized, functions also (while not diagnosed yet) as an anteroom for Chronic Diseases, such as Diabetes Mellitus, Obesity, Overweight, Arterial Hypertension, Heart Diseases, and Depression.

It is essential to identify and carefully detect all disturbances that have occurred in all the seven systems of the organism among people suffering from the Chronic Fatigue Syndrome (CFS).

Patients should be monitored through Special Exams.

Moreover, exams at cellular level, performed simply through the collection of a blood sample that is sent abroad.

The results of the exams determine the Treatment Regimen for the patient, with a mean duration of three to twelve months.

In cases that there are no other Pathological conditions, the patient that thought s/he was healthy, returns to normal biochemical levels. Chronic Fatigue Syndrome and tiredness disappear, the levels of energy are high again, and s/he can face everyday life adequately.