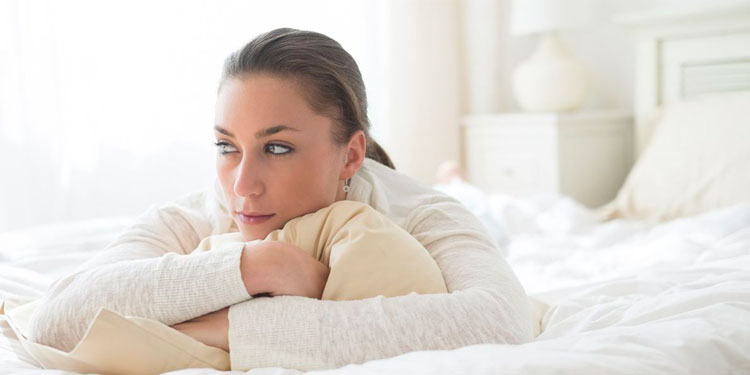 Peri-Menopause is a period of physical and emotional changes that occur normally in every woman’s life and can last from 2 to 20 years. It is due to the gradual or Hormonal fall, which comes over the years and causes a variety of symptoms, significantly affecting the daily lives of many women worldwide.

Very often, a woman’s emotional world is disturbed resulting in feelings of constant anxiety about the future, while in the same time she notices the changes that take place in her body. Weight gain, frequent insomnia, decreased energy and hot flashes are some of the most common symptoms of Peri-Menopause.

On the other hand, the fact that the menstruation frequency is gradually decreasing along with the reproductive capacity,  makes the woman feel that she is getting older and that she has entered to the last stage of her life. Therefore she begins to distance herself from her partner and she avoids sexual intercourse or socializing with friends and acquaintances.

Frequently, this period coincides with other parameters (death or parental health problems, removal of children from home), which drastically change rendering the effects of this major hormone inbalance more difficult to bear.

Experiencing the Symptoms of Peri-Menopause

The symptoms that appear in the Peri-Menopause period include both physical and psychological changes in a woman’s life. Many women describe the physical effects as unbearable, because they experience various changes, which have prolonged duration and repeatability preventing her from living a calm daily life.

The most common physical symptoms are:

Hot Flashes: One of the most common symptoms which is reported by patients is hot flashes, also described differently as “tufts”. They occur in the majority of women with duration 1- 1.5 years, and in many cases they can persist up to 5 years. Their duration varies between 10 and 30 minutes, while their frequency can reach up to 100 times during the day. So, anyone can realize that hot slashes hinder quality of life.

Sweating: Frequent sweating is another common symptom of Peri-Menopause. They may appear after hot flashes or on their own. In fact, sweating often occurs during the night, which significantly impairs the quality of sleep.

Tachycardia: It is often described as “fluttering” of the heart. Women feel their heart beating faster and faster, even if they haven’t performed any physical exercise. The number of tachycardias during the day varies from person to person.

Very often, while the woman is in the Peri-Menopause phase, there are frequent delays in her menstruation (10 to 20 days delay) or frequent menstruation (menstruation before the 26th day). The woman may even menstruates twice a month. At the same time, the amount of blood can also be destorted. She may bleed lightly for just 2 days or have heavy bleeding for 5-7 days with presence of blood dots.

Increase of the Body Weight: Many women complain of sudden weight gain, which occurs during Peri-Menopause and persists intensively after Menopause. There is an increase in adipose tissue whereas the muscle mass decreases.

Vaginal Dryness: Since estrogen levels diminish one of the most vital hormones in a woman, the vagina becomes thinner and atrophic. It also becomes dry, and losses its elasticity. Therefore, the woman experiences pain and discomfort during sexual intercourse, which prevents her from getting physical with her partner.

But equally intense and frequent, are the psychological symptoms that significantly affect a woman. The most common are the following:

Emotional Disorders: Many women experience mood swings, as in rapid changes in their emotions. In fact, there are often cases of depression. It is apparent that this emotional instability affects not only the woman herself but also her close social environment.

Fatigue: Given the fact that nocturnal hot flashes, sweating and intense tachycardia interfere with both her normal daily life and sleep, the woman feels very tired. Also, the imbalance in the vital, racial Hormones and the constant emotional flunctuations, cause persistent adrenaline’s “burst” by the adrenal glands, which results in , a woman gradually becomes exhausted.

Irritability: Hormonal decline and its effects affect women and make her more nervous and irritable, which significantly affects her relationship with those around her.

Memory loss and inability to concentrate:

The loss of estrogens, which is one of the most basic hormones in women, significantly affects their daily lives.

Elimination of the symptoms with Natural Treatments for Hormone Restoration

Hormonal decline is inevitable for each of us. However, significant Hormonal deficiencies and imbalances make the quality of life unbearable and the daily life difficult.

Attempting to improve women’s quality of life, we can achieve it only with the administration of Natural (Bioidentical) Hormones, which have exactly the same molecular structure and composition with the hormones a woman naturally produces.

The mode of administration imitate the circularity of Hormones, that is, their fluctuation, during the day and a month, before and after menstruation.

It is therefore necessary for the woman to adhere to the personalized medical form.

By strengthening the body of the woman with the missing Natural Hormones or by regulating the hormonal imbalance, the imbalance of menstruation is gradually restored, while the symptoms subside. At the same time, her body is protected from a variety of diseases, which occur in women who are in the phase of Peri-Menopause. So, we can talk about a return to the normal daily life of women, without headaches, period pains, emotional fluctuations and annoying symptoms. Gradually, the woman regains her smile and can continue living without pain and psychological transitions.