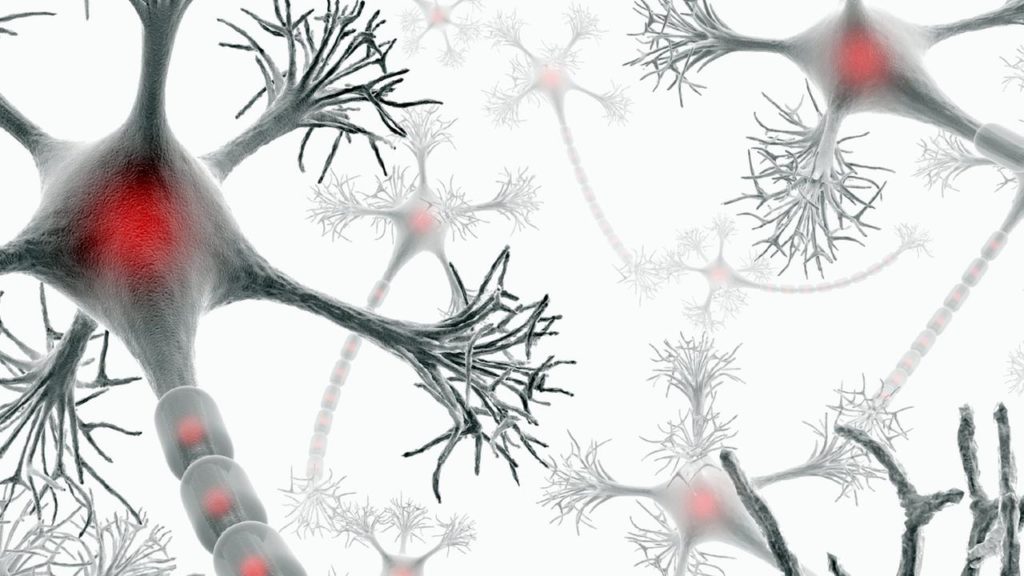 Multiple Sclerosis is an Autoimmune disease characterized by chronic Central Nervous System (CNS) inflammation and is the second most common cause of neurological disability among young and adult individuals.

Worldwide, over 2.5 million people are affected, of whom 600,000 are recorded in Europe. Multiple sclerosis may occur at any age, but occurs more frequently between 20 and 40 years, while women have a double chance of contracting the disease than men. In addition, it has been observed that the disease is more common in countries that are far from the equator, as is also more common in people with a higher social and economic profile.

Four main forms of the disease are recognized:

1)Relapsing-Remmiting MS (RRMS) (85%), where relapses may be sparse initially, while on the way, usually after 7 to 15 years, begin to happen more frequently.

2) Secondary Progressive MS (SPMS) where, while initially the disease appears in a recurrent form, relapses begins to happen more often and at about 65% progresses to προϊούσα.

3) Primarly Progressive MS (PPMS ) (10%), which is the most severe type of the disease, in which no relapses occur, the person never recovers, and the gravity of the disease is constantly getting worse.

4) Progressive Relapsing Multiple Sclerosis, where the disease evolves progressively, some relapses may also occur along the way. Of course, in recent years, following the massive development of technology and especially magnetic resonance imaging, a pre-clinical stage of the disease referred to as Clinically Isolated Syndrome (CIS) is recognized according to clinical and laboratory criteria.

Regarding the pathophysiology of the disease, damage or loss of myelin is observed, i.e. demyelination (that is why it is also known as Demyelinating Disease) in various areas of the Central Nervous System. The areas in which the ligation is located are called plaques. Myelin is a white fatty envelope of the nerves and works as an insulating material that facilitates and accelerates the propagation of nerve impulses (nerve signals). Myelin is produced by specific CNS cells called oligodendrocytes. Demyelination begins with a malfunction of the immune system, whose cells (eg, macrophages and lymphocytes) recognize the basic myelin protein (MBP) as a foreign body and attack it causing Chronic Inflammation resulting in demyelination.

According to modern views that arise from direct histological and indirect neuroimaging data, it is clear that the disease also affects the axonal nerves and neurons, thus showing significant heterogeneity. It is striking that, as shown by several studies, in MS patients the axonal density and volume of axonal nerves is reduced not only within the plaque but also in the normal CNS tissue.

Losing or shrinking axonal nerves is an important factor contributing to the loss of brain and spinal cord volume (atrophy). It is important to note that in patients with MS, CNS atrophy is observed very early, often even at the onset of the first clinical episode (clinically located syndrome). Finally, recent studies refer to the existence of immunopathological heterogeneity.

In Multiple Sclerosis, some factors have important contribution such as,

There are clear indications of involvement of Autoimmune Mechanisms in the Challenge and Development of Multiple Sclerosis. It seems that various genetic and environmental factors (eg viruses, microbes, superantigens, etc.) activate in the periphery, self-reactive T-lymphocytes induced by various surface proteins (integrins, selectins and other adhesion molecules) break down the blood-brain barrier and enter the CNS.

Furthermore, the analysis of the demyelinating plaques, which is known to be the characteristic pathological and anatomic substrate of the disease, indicates that there are inflammatory foci of mainly T and less B lymphocytes, plasmocytes and a large number of macrophages and microglial cells.

The role of genes in Multiple Sclerosis

Several studies have demonstrated the correlation of MS with mutations in the human lymphocyte antigen (HLA) system (or also known as histocompatibility antigens), i.e. a group of genes in chromosome 6 coding for the major histocompatibility complex (MCH) and in particular with HLA- DR2 serological subtype of class II and HLA-A3 and HLA-B7 of class I. It has been calculated that HLA can interpret 17% -62% of the genetic predisposition.

Also, the apolipoprotein E (APOE) gene has been linked to the expression of Disease.

A recent study incriminates a mutation in the NR1H3 gene leading to loss of the LXRA protein, which controls the levels of expression of various genes that contribute to lipid homeostasis in inflammation and defense processes resulting in inflammation and myelin destruction. The discovery was published in the “Neuron” review.

Elements from various biochemical studies show that free radicals are involved in the pathogenesis of MS, and Fe is involved as a catalyst, leading to their formation. In particular, Fe has the ability to accept and deliver electrons easily. In a study at Kansas University, concentrations of ferritin, transferrin and Fe in the cerebrospinal fluid of patients with MS were measured.

Ferritin levels were significantly higher (4.71 ± 0.54 ng / ml) versus those of healthy subjects (3.07 +/- 0.14 ng / ml), while Fe and transferrin levels did not differ significantly from normal. The data from various studies show that oxidative stress plays an important role in the pathogenesis of MS. Reactive Oxygen Species (ROS:) that lead to oxidative stress act as mediators in demyelination.

Heavy metals such as mercury (Hg), lead (Pb), cadmium (Cb), silver (Ag) have occasionally been implicated in their role in the aetiopathogenicity of MS. One possible mechanism is the contribution of the above elements to the replacement of myelin components, resulting in the immune system not recognizing it and destroying it.

Conventional treatments so far are not effective in fighting the causes of MS.

The therapeutic regimens applied in classical medicine are based on the reduction of the severity of the symptoms of the disease or the slowing of its progression. Also, continuous and long-term administration of chemical formulations leads to undesirable side effects.

The Western diet based on increased saturated fat and manufactured products has been accused of participating in the aetiology of MS.

From analyses of patients’ plasma lipids, a decrease in the percentage of linoleic and arachidonic acid was found, with a compensatory increase in saturated fat, where some researchers have linked them to the aetiology of myelinary damage.

There is indication that vitamin D may be a natural inhibitor of MS. As Dr. Gock explains, “vitamin D” pushes the immune system’s T-cells, which are directed against the body’s own nervous cells, to remain in the bloodstream rather than end up in the central nervous system. ”

Vitamin B12 is a nutrient, essential for myelin production. In addition, recent studies suggest that B12 has significant immunological and neurotrophic effects. Vitamin B12 deficiency and abnormalities in its metabolization are recognized as causes of CNS demyelination, so its inadequacy would be expected to contribute to the progress of MS.

Antioxidant elements are the natural protection of the organism against free radicals, which as unstable oxygen molecules, build up circuits in the cells and destroy the genetic material resulting in the destruction of the nerve tissues.

Numerous studies that have been conducted on the effect of diet with increased Essential Fatty Acids (eg omega-3 fatty acids eicosapentaenoic (EPA) and docosahexaenoic acid (DHA) have shown beneficial effects, both in severity and duration of relapses, and in the course of the disease, especially in patients in early stages of MS.

In patients with MS, significant low selenium (Se) levels and decreased activity of the enzyme glutathione peroxidase (GSH-Px) have been found at times. Following a study in which patients received high doses of Se and vitamin E for five weeks, GSH-Rx levels of activity increased five times, while selenium increased by 24%.

According to a Harvard University study published in the journal Nature Medicine, the amino acid tryptophan appears to play a regulatory role in the levels of inflammation produced in the brain and the central nervous system.

Numerous research, studies, and essays focus on the lack of nutritional micro-elements as a cause for the disease.

Following specialized examinations, which can show us all the deficiencies of the body, we administer Medical Personalized Microparticle Protocols with the purpose of handling the causes that cause Multiple Sclerosis.

The effects of such therapies are excellent, with a gradual recovery of each morbidity.

Management of the disease genetically may not be highly developed as a treatment but is a definitive solution to the problem.

It requires translation of about 30,000 genes which are tested exclusively in America, and it takes approximately three months to determine the final treatment.