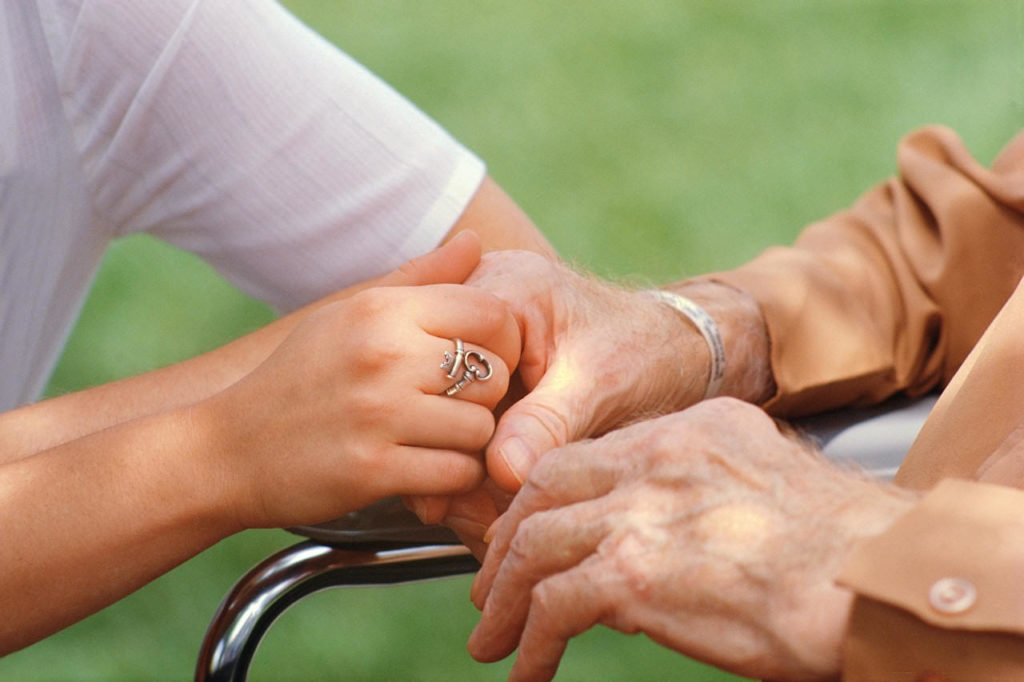 Parkinson’s disease is a constantly progressive, degenerative disease of the central nervous system (brain). In the context of this degenerative process, some of the brain nerve cells, which are mainly responsible for the programming and the harmony of movement, are gradually losing their functionality in the course of adult life. This “loss” has the effect of gradually reducing the mobility of the individual.

The disease usually occurs in the middle age, with an average disease onset of 55-60 years. It is therefore a disease that greatly affects individuals who are still in a productive phase of their lives. It is thought to be the second most common neurodegenerative disease after Alzheimer’s disease. It is estimated that about 2 to 3 out of every 1000 people in the general population suffer from Parkinson’s disease, but the incidence of the disease increases over time, so that over the age of 65 it occurs in approximately 1% of the population.

The disorder may concern one or both sides of the body. Symptoms may be mild at the beginning of the disease. The main symptoms of the disease include:

Nerve cells use dopamine as a neurotransmitter to control muscle movement. Parkinson’s disease occurs when the brain nerve cells that make up dopamine are gradually destroyed. Without dopamine, brain nerve cells in this area can not send out normal messages. This results in loss of muscular function. This damage worsens over time.

Beyond dopamine, it is obvious that there is a deficiency in other neurotransmitters, such as noradrenaline and acetylcholine. It is believed that these deficits and the most extensive, non-dopaminergic pathological anatomical lesions are to a great extent responsible for the non-kinetic symptoms of the disease. Particular importance for the development of cognitive decline in Parkinson’s disease appears to be the presence of Lewy particles in extensive areas of the cortex, i.e the surface of the cerebral hemispheres. In particular Lewy particles are aggregates in the cytoplasm of the remaining neurons.

There is a difference of opinion regarding the genetic or environmental basis of Parkinson’s disease. The theory behind the environmental factor is that in 85-90% of cases there is no apparent inheritance history. Furthermore, from epidemiological studies, exposure to pesticides, outdoor staying, agricultural employment, drinking water from a well have been associated with the risk of developing the disease. Conversely, smoking and coffee consumption seem to reduce the risk of developing Parkinson’s disease.

Although a relatively small proportion of patients have a family history, it is now generally accepted that genetic variations play a major role in the development of the disease. To date, mutations in 5 genes have undoubtedly been associated with Parkinson’s disease, and there are several other genes for which there are indications. The first gene associated with Parkinson’s disease was that of the α-synuclein, a protein deposited on the Lewy antibodies. Whether point mutations that alter the structure of the protein or proliferation of the normal α-synuclein gene, both lead to Parkinson’s disease.

Another gene associated with the disease is LRRK2, where point mutations have been found. What is particularly interesting is that in some populations, mutations of LRRK2 are responsible for a large proportion of Parkinson’s disease patients, even among patients who have no family history.

The other 3 genes associated with the disease, Parkin, DJ-1 and PINK-1, show mutations that lead to loss of function of these proteins. Clinically, these incidents appear with an earlier onset of the disease and a milder course. Although, with the exception of LRRK2 in some populations, these genes exhibit relatively rare genetic variants that are responsible for the disease, it is thought that their function, as well as the changes brought about by the mutations, may lead to an understanding of the pathogenesis of the disease in the most common sporadic cases. This is especially true for α-synuclein, as its abnormal deposition in Lewy bodies is the hallmark and sporadic disease.

The diagnosis of the disease is based primary on the clinical picture and physical examination of the patient. Symptoms may be difficult to be evaluated, especially for the elderly. Physical signs become more visible with the progression of the disease. Although Parkinson’s disease affects the brain, brain imaging can not always identify the disease and the changes it causes to the brain. However, computational axial (CT) or magnetic resonance imaging (MRI) (which depict different brain sections) can be used to rule out other disorders that may cause symptoms.

However, Parkinson’s disease has high rates of false diagnosis because it has similar symptoms to other neurological conditions because there is no imaging method to confirm their presence. More specifically, studies show that in 25% of cases the diagnosis of Parkinson’s disease is wrong because there are many diseases that mimic its symptoms, so sometimes the diagnosis is false positive and sometimes false negative.

For this reason, it is necessary to discover the factors that affect the onset of the disease by recording a complete medical history and it is possible special type of Functional Medicine tests to be requested that will show us dysfunctions of the detoxification mechanisms, the functioning of the nervous system, gastrointestinal, antioxidant capability, possible nutrient deficiencies as well as the presence of heavy metals.

Based on the fact that the disease is characterized by a dopaminergic deficit, the basic treatment is that of dopamine substitution in one way or another, either by administering its precursor, levodopa, or by acting directly on dopamine receptors with substances that mimic its action, dopamine particles, or by blocking the dopamine metabolism by the enzymes MAO and COMT. Although these treatments are not so effective, they only treat a spectrum of disease, kinetic manifestations at the limbs, they do not reverse the evolving neurodegeneration, and over time lead to significant side effects which, to a large extent, appear to be related to the abnormal way of dopamine administration.

For this reason, it is necessary to develop and improve modern therapies for the effective treatment of the disease.

How will this happen? Therapies should strike the disease at its root, that is, it should target the underlying causes of the disease.

In particular, it is necessary to examine the biochemistry of the cell through a series of biochemical, hormonal and metabolic tests to find the cause of the disease and by appropriate treatment to balance hormones and treat the disease.

Thus, patients will cease suffering with sustained relapses but also with side effects of medicines given by doctors.

Gene therapy is not developed in a great extent as a treatment, but it is a definitive solution to the problem.

It requires translating of 30,000 genes, taken place exclusively in America and it takes around three months to determine the final treatment.

Diplomate and Board Certified in Anti-aging, Preventive, Functional and Regenerative Medicine from A4M (American Academy in Antiaging Medicine).

This website uses cookies to improve your experience while you navigate through the website. Out of these, the cookies that are categorized as necessary are stored on your browser as they are essential for the working of basic functionalities of the website. We also use third-party cookies that help us analyze and understand how you use this website. These cookies will be stored in your browser only with your consent. You also have the option to opt-out of these cookies. But opting out of some of these cookies may affect your browsing experience.
Necessary Always Enabled